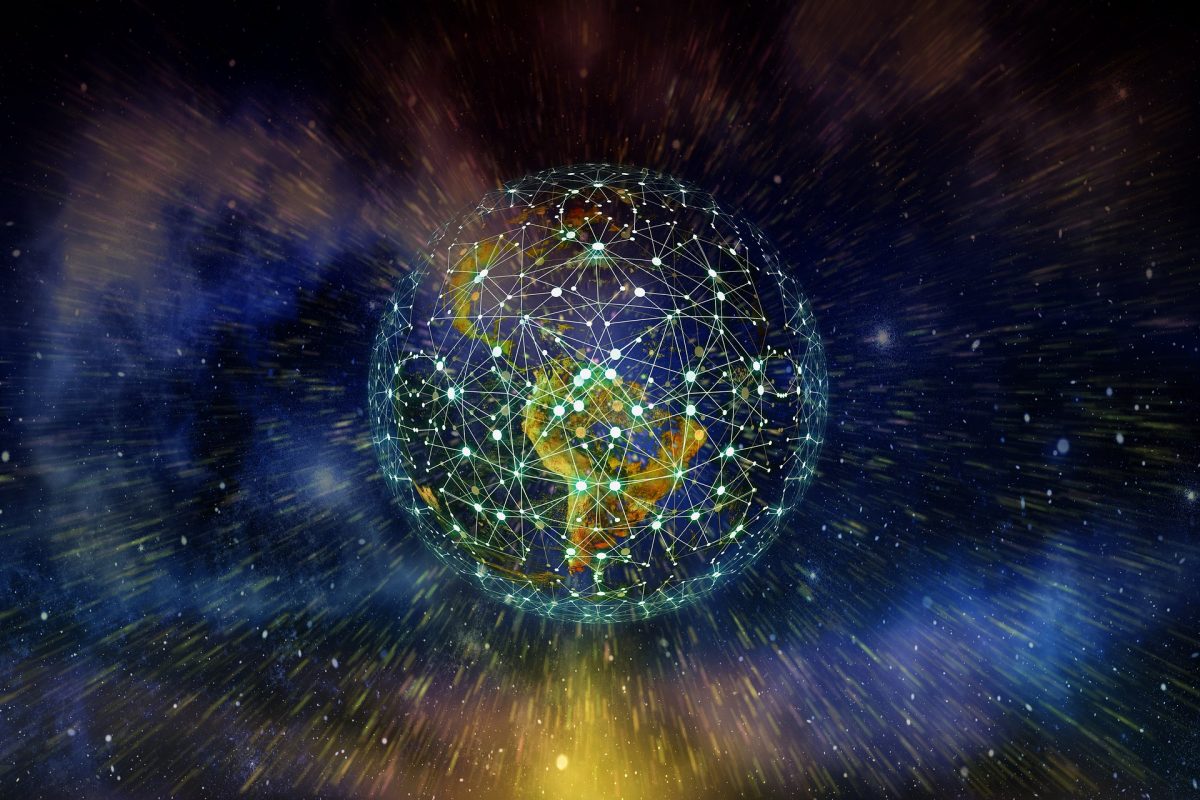 For #EL30 this week, the topic of Graph is explored. This blog post will not address our task for this week but will instead capture some of what I’ve been considering about the topic and some excellent resources I’ve found that have helped to shape my thoughts.

The graph (think network, community, ecosystem of connections) is seen as being an important conceptual framework for the movement from web2 to web3. In essence, I conceptualise this movement as the gradual removal of current platform middlemen operating particular business models, with the replacement of that with more direct communication and interaction between one another over the internet.

Graph constructs aid with depicting distributed networked systems. Network science helps us to understand the ways in which these systems operate.

The concept of graph was asserted by Stephen at the outset of the week:

The graph is the conceptual basis for web3 networks. This concept will be familiar to those who have studied connectivism, as the idea of connectivism is that knowledge consists of the relations between nodes in a network – in other words, that knowledge is a graph (and not, say, a sequence of facts and instructions).

Graphs, and especially dynamic graphs, have special properties, the results of which can be found in social network theory, in modern artificial intelligence, and in economic and political theory.

Ben and Stephen delved deeper into this concept during their online conversation and touched upon a possible future that can be derived from the movement to web3.

Stephen described the common traits of a number of network structures and systems.

Some common networks:
– A social network (or social graph) which is made up of people (and sometimes bots pretending to be people) connected by relations of ‘friending’ or ‘following’ and interacting by means of ‘texting’ or ‘messaging’.
– A neural network, which is made up of neurons (or, in computers, artificial neurons), connected by means of axons or connections, interacting by means of ‘pings’ or ‘signals’
– A financial network, which is made up of accounts, which have ‘balances’ of various sizes, and which are connected through contracts and interact through transactions
– A semantical network (such as the Semantic Web), which is a collection of resources connected through an ontology and which interact through logical relations with each other.

In all of these, the core idea is the same. We have a set of entities (sometimes called nodes or vertices) that are in some way connected to each other (by means of links or edges or transactions or whatever you want to call the linkage and the interaction through the linkage).

Graphs help us to recognise the relationship between the actors and how they interact with each other within the environment. It isn’t necessarily the individual objects that we should focus on when conceptualising graphs, it’s the things that anchor the objects together that prove interesting, the connections.

It’s difficult for a graph to tell us everything about a networked system, they can be a very effective visual framework to help us recognise the constituent components of the network and how they all operate, however, it further allows us to begin to recognise elements that cannot be seen with our eyes – the invisible, underlying, subtle and nuanced contacts, properties, connections and interactions – the currents that flow within the graph structure that shape it, it’s electromagnetic force, for want of a better term. The graph itself depicts the physical format of a network but it is what the graph allows us to visibly and invisibly perceive in greater depth is what makes it important.

In connectivism we have explored the idea of thinking of knowledge as a graph, and of learning as the growth and manipulation of a graph. It helps learners understand that each idea connects to another, and it’s not the individual idea that’s important, but rather how the entire graph grows and develops.

An example of a directional graph might be one that looks at the reporting relationships in a hierarchically structured institution or organisation. At the top of the hierarchical structure might sit the CEO or President, beneath that the layer of Vice Presidents, Chief Operational Officers, Chief Finance Officers etc., beneath that layer might sit the directors of divisions or departments, beneath that the managers and coordinators layer and then the employees working within teams. The reporting relationships would commonly flow upward in one direction from the base of the hierarchy, layer by layer, towards the top.

A real life example of a static bidirectional graph might be a return journey flight path. For a flight where a stopover is required before arriving at the desired destination, you would depart from your origin airport, travel via your waypoint stopover, and arrive at your destination destination – let’s say Dublin (origin) to Copenhagen (destination) via Oslo (waypoint). The return journey demonstrates this in reverse.

Examples of dynamic graphs that may have either directional or bidirectional relations between vertices would be the internet, social networks and perhaps a less obvious example might be historical timelines (directional, as time advances).

The use of dynamic living graphs appear across many of the fields of science, anthropology, psychology, etc. and are particularly common within computer science, machine learning, and artificial intelligence. In computer science we can perceive graphs as Merkle Trees and Directed Acyclic Graph’s (DAGs), used in GitHub software version control.

Coming off the back of last weeks conversation with Tim Hirst, where we touched upon Jupyter Notebooks as a way of actively and dynamically learning and practicing, I thought I’d explore the web for an interactive dynamic simulation of Graph Theory in order to learn a little more about it. I came across a very useful Graph Theory resource created by Avinash Pandey on Github that models 3D graph structures.

In my online search to better understand this topic I came across another great resource by Nick Case that helped me to think in terms of graphs and the science of networked systems. The resource is an interactive online game called Crowds. In it, Case attempts to deconstruct theories of network science to use as a plausible explanation for the phenomena we know as The Madness of Crowds/The Wisdom of Crowds.

There were a number of key takeaways from this resource for me. Concepts about complex connections were introduced wherein the greater exposure someone has to an idea amongst their social networks, the greater the chance that they will be influenced by it. Threshold factors might also influence whether an idea spreads beyond certain nodes in a network.
The resource further looks at the idea of contagion, explores consensus and concludes by examining the importance of such concepts as bonding within networks, bridging between networks, and the immutable influence of Small World Networks.

One of the sources cited in Case’s resource is a book co-authored by Nicholas Christakis and James Fowler called Connected, which analyses the importance and value of connection, of network, of community and the influence each of us can have on it, and it can have on each of us. Here are links to the book and a thought-provoking TED talk on YouTube (18 mins), which gives an insight into the impact of our social networks. From their research they coined the ‘three degrees of influence’ theory, essentially arguing that, even though the influence dissipates, it may be possible for our actions, behaviours, etc. to have consequences and influence up three degrees of separation away from us (our friends’, friends’, friends). This theory is contentious.

In the TED talk, Christakis discusses common objects – a pencil and a diamond – both made from carbon. But the carbon atoms in each are connected and arranged in different ways. The lead in a pencil is soft/breakable and dark, diamonds are hard and clear. Both items have the same underlying properties, however, they are connected in different ways and this effects what they become.

According to Christakis, those properties (soft, dark, hard, clear)

“So, similarly, the pattern of connections among people confers upon the groups of people different properties. It is the ties between people that makes the whole greater than the sum of its parts. And so it is not just what’s happening to these people — whether they’re losing weight or gaining weight, or becoming rich or becoming poor, or becoming happy or not becoming happy — that affects us; it’s also the actual architecture of the ties around us. Our experience of the world depends on the actual structure of the networks in which we’re residing and on all the kinds of things that ripple and flow through the network.”

This site uses Akismet to reduce spam. Learn how your comment data is processed.